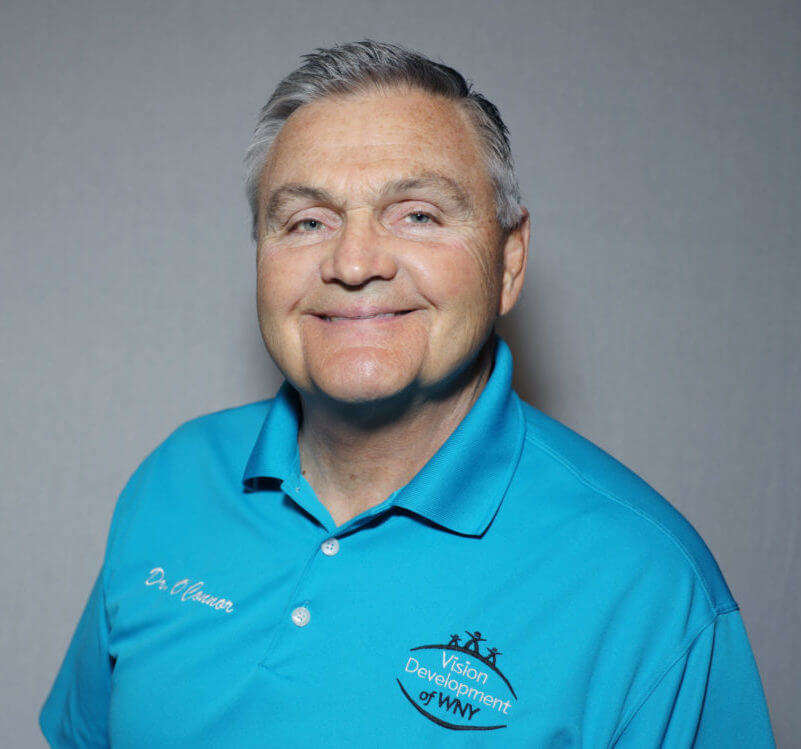 The dream that fostered Vision Development of WNY began many years ago, when Dr. Dick O’Connor met a little girl named Beth. Here is his story:

“I’m often asked why I do what I do for a living and what keeps me working in Behavioral Optometry.

During clinic rotation in my last year of Optometry school I met Beth. She was nine years old, in third grade for the second time, and failing badly.  We talked. She was sharp and funny, but could not keep up academically. Beth had 20/20 visual acuity, so no one thought the cause of her school problems was due to a vision problem.

My evaluation however revealed significant difficulty using her eyes together when working up close (reading), to the point that she saw double and thought that was normal.

At the end of a six-month Vision Therapy program, Beth jumped into my arms with her report card in hand. It showed two A’s and four B’s. Even more significant to me was the fact than instead of working long hours trying to keep up in school, Beth now had free time for fun and friends.

Beth was a literal ‘eye-opener’ for me. I knew I could never stop doing this work because of all the Beths in the world who deserved a better chance at life.” I’ve come to know it was God calling me to my destiny.

For over 45 years Dr. Dick O’Connor has been restoring hope and vision to families whose loved ones experience learning disabilities, developmental delays, behavioral issues or disorders, concussions or traumatic brain injuries, and strokes.